Donald Schultz is a famous South African film maker who is also an animal expert and entertainer. While he was born and brought up in South Africa, he has changed his base to Los Angeles to allow him to travel the world in search of dangerous animals that the world does not still know about.

Donald Schultz is a skilled and professional animal expert. He has hosted many shows on TV such as Wild Recon, Venom Hunter, Animal Interventions and Venom in Vegas that got great ratings from its viewers. He has also been invited as a guest on Chelsea Lately to talk about new animals that they have found out.

Apart from that, he works for many conservation projects for animals around the world. These organizers greatly benefit from his expertise. 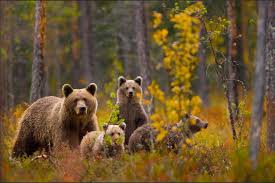 Donald Schultz has successfully carried out some dangerous stunts. One of them was living with 100 snakes in a small box for about ten days. He has also once run towards an angry elephant charging at him.

He says that he learns from animals and they teach him how to communicate. He is an inspiration for people looking to become an animal expert and do something about conserving the nature.

Types of Dog Harnesses Available in the Market